As the aircraft eased away from the gate, the dinky panel on the back of the seat in front of me screamed “Tenet!” Last year one of our greatest living directors, Christopher Nolan (a blond Brit of Irish descent and I am a BIG fan), advised his millions of worshipers that they should never see his latest film Tenet unless it was on a Big Screen. But here I was sitting in a humongous jet trying to flee New York in what we prayed were the waning months of the pandemic wondering if I should disobey The Master. Suddenly the pilot announced there would be a delay of some consequence because of “issues” at our destination. My wife looked at me quizzically.

“Did he say there’s tissues? I could use some. Where are they?”

Googling phones told the tale our Captain had glossed over: the airport where we were due to land in three hours had been shut down because of a bomb scare. Or a bomb. In Captain-speak, “issues.” Time to kill time. And who would be a better time-killer than Christopher Nolan since all his movies are about time.

I immediately started tinkering with the counter-intuitive controls on my armrest and a minute later, I was watching Congressman Matt Gaetz claim he always flew his young sex objects hither and yon because how else could they afford to meet him? Click. Now Dr. Oz was explaining why you should not lick subway poles on the IRT. Click. Finally, Tenet time!

The flick opened with lots of commandos invading a Russian opera house, spraying bullets. Then some commandos start killing other commandos. The star of the movie, John David Washington, takes off his helmet so you can see he’s Black which is useful since everybody else in the movie is blond. I mean even the bombs are blond. He kills a lot of people guarding some VIP in an expensive booth with free blond liquor and spirits him away, urging other good and bad commandos not to blow up all the spectators. They all looked dead anyway so maybe he was being ecological about wasted ammo? Outside the opera house everything starts exploding and JD (my homage to name ecology) takes his rescued Big Shot on board some aircraft whereupon the VIP is promptly whacked. JD then wakes up, tied to a chair that’s tied to a track in a rail yard minus his teeth which have been extracted with pliers without Novocain. Told to divulge his associates’ names or he’ll be mincemeat, JD somehow manages to swallow a suicide pill.

Well, that was a short movie. What other movies…Oh wait…JD isn’t dead! Instead, he’s on a wind turbine where some secret-y guy praises him for giving up his teeth rather than his associates – it was all a loyalty test you see – and assigns him to – dare I say it? – save the world! The assignment is so secret-y, he can’t be told too much. Just that if he gets in a jam, say the word tenet. But sometimes that won’t work because if he says tenet to somebody who’s a secret-y bad guy, he’ll be tied to a railroad track again.

Now JD boards a ferry full of wind turbine workers who get picked up at the end of their shifts and he’s taken to the rest of the movie. First, he’s told by the autistic blonde French detective from that PBS series, The Tunnel – now wearing a white smock indicating she’s a scientist – that somehow the bad guys have learned how to fire bullets backwards. Good to know. JD next meets some blond-haired Englishman in India who I found to be sexually arousing. Let’s call him Blondie1. He’ll be JD’s sidekick for the rest of the flick which still has 140 minutes to run, and I’ve already expended 600 words, so I better start compressing things. JD and Blondie1 scale some big building in Mumbai where Mrs. Big holds court and she tells them the guy with backwards-firing bullets is a Russian living in England. Convenient since this is a British movie.

But first JD must have lunch with a London aristocrat played by the graying blond Michael Caine. Why? Because Nolan always finds a role for Caine in his movies and frankly, I approve. This scene provides an excellent opportunity for JD to show off his acting chops when he walks away, turns, then slyly smiles, “Thank you, Sir Michael.” Get it?

Now we have JD trying to schmooze the Russian oligarch’s gorgeous young blonde wife (hereafter Blondie2) by killing a few dozen people and blowing up some offshore haven to retrieve a fake painting that the oligarch uses to keep Blondie2 from suddenly answering an ad from Matt Gaetz. Alas, that doesn’t work, so bring on the mano-a-mano scenes of JD vs the Oligarch – played by blond Kenneth Branagh, who had the best line in Nolan’s last movie, Dunkirk, when he needed only one word – “Home!” – to make me and my wife need tissues. Acting!

“This is Captain Queeg. We should be taking off shortly since the bomb threat at our destination has been downgraded to firecrackers.”

“Did he say they’re serving crackers? I don’t see any.”

Back to Tenet, which by the way, is a palindrome, spelled the same way backwards or forwards, a clue that the past and the present are occurring simultaneously. But even when commandos in later scenes run backwards past commandos running forward, I still didn’t get it.

Maybe I am a moron as my readers keep insisting. Also, some scenes in the first half of the movie that didn’t make any sense are replayed in the second half, except in a prescient homage to COVID that only a genius like Nolan could see coming a year in advance, everybody’s wearing oxygen masks because the near-past is gnarly. So, yeah, I was lost again.

After a few hundred more deaths, I called my nephew Andrew in San Antonio. He was in a previously-heated backyard pool, the only source of warmth since the Gulf wind turbines had all failed in the Texas Apoca-gedden, leaving everyone without energy. Had Nolan tried to warn us once again with those wind turbine scenes? Andrew saw Tenet last summer and was a big Nolan fan like me so I knew he could explain the masterpiece I had just witnessed.

“Uncle Joe,” he chided me, in between making snowballs, “Nolan’s movies are purposefully vague, so you gotta see them five times to understand what’s happening. Ergo, Ka-ching! Ka-ching! Don’t you remember how it took you eight times to get Interstellar?”

“Vaguely. What about the wind turbines in Tenet? Was there a message there for Texas, Andrew?”

“What? The loss of wind energy isn’t the reason I’m in this pool! It was the backwards bullets!”

“This is Captain Queeg again. We are returning to the gate we never left. Remember to keep those oxygen masks on and see TeneT on a BIG screen.” 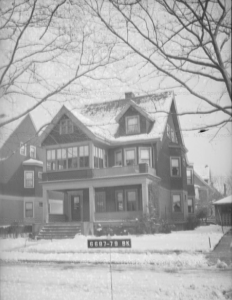 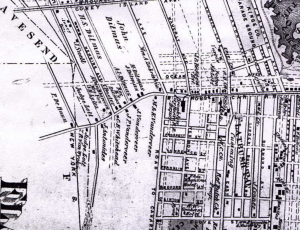 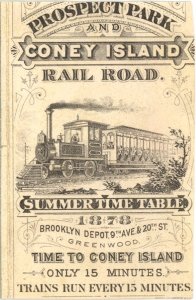